Canada and the social media election of 2011 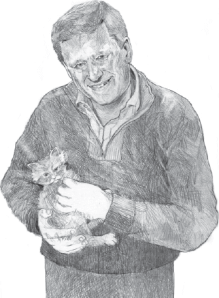 What began with Layton’s now infamous #hashtagfail comment in the Leader’s Debate has spread throughout the ranks. Spurred on by the legions of pundits, journalists, politicians, politicos, and everyone else with a smart phone it would seem, Canada now faces a historic moment on May 2: our very first social media election. Gosh – we grow up so fast.

As seen in the video from /A\ News in BC at the bottom of this post, most politicians and politicos seem to agree that anything that helps parties get their message out in real time to an immense audience that may not watch the news, but will watch their news feed, must be a good thing. And indeed – for a country that saw its youth vote turnout plummet in the last election to 37 percent participation, anything that has the potential to engage citizens more deeply in their politics, especially young citizens, I think would be worth exploring.

There is a dark side to this, however. Andrew Coyne from Maclean’s has been tweeting and retweeting comments this past week about the negative impact that up-to-the-minute news can have: namely, as I wrote about elsewhere, that a news story breaking on Twitter has the potential to create a story out of a passing anecdote to the campaign. When we get our news from 140-character soundbites, everything simultaneously sound incredibly important, and incredibly simple. Often, they are neither.

And not everyone believes in the power of social media and the internet to revolutionize our political discourse in Canada. Old man Lorne Gunter from the dour, don’t-tell-me-about-the-power-of-social-media National Post is admittedly skeptical of relying on social media to change our political scene. I am far from a convert, but even I think Gunter is being needlessly sour when he claims

Oh, please, spare me. Social media – services such as Twitter and Facebook – are not going to swing the current federal election away from the Tories and in favour of the Liberals, NDP or Green party, no matter how much anti-Harper activists and reporters wish they could.

But it’s not just Twitter and Facebook. There have been a plethora of interesting social experiments this election aimed – by and large – at encouraging voters to take aim at Stephen Harper. From the It’s Over, Steve! campaign on YouTube where women are encouraged to record and submit their own video breaking up with Stephen Harper, to the amazing website ShitHarperDid.ca, people seem to exploring in this election more than previous elections just how the internet, social media, and the amazing creativity of ordinary citizens can be used to influence the political discourse in Canada, and maybe even the political outcome.

Again, Gunter is skeptical of this site, downplaying the 2 million hits that ShitHarperDid.ca has received by noting that those millions of people “went to a site run by like-minded lefties and had their prejudices confirmed. Whoopee.”

(If this is not an amazing example of right-wing downplaying of egregious actions, I don’t know what is.)

Anyway, Gunter’s stunted opinion aside, what is especially amazing about ShitHarperDid.ca is that the ammunition the website uses against Harper is nothing else than his own actions while Prime Minister. It will open with a statement like “Stephen Harper wants to prevent scientists from saying things he will make them regret,” and then follow it up with a synopsis of the claim, and a link to that story from a reputable news agency. Brilliant!

Editor-in-chief at Alternatives Journal. Author of 'Overrun: Dispatches from the Asian carp Crisis'.
View all posts by awreeves »
« Weekly Round-Up: April 10-April 16
Will the lack of a key election issue ensure continued voter apathy? NO! »