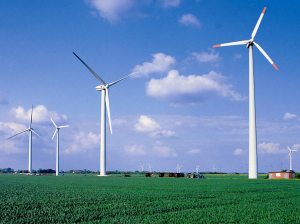 While in Vancouver last week as part of a First Ministers meeting, Ontario Premier Dalton McGuinty made a direct link between subsidies paid out to the oil and gas industry in Alberta, BC, and Saskatchewan, and the need for greater subsidies from Ottawa for Ontario’s green energy sector. According to the Vancouver Sun, McGuinty claimed that “Ontario taxpayers have been subsidizing the oil industry for years so it’s only fair that the rest of Canada, through the taxes we send to Ottawa, should now be subsidizing the green energy business in Ontario.”

To which the Sun replied:

That claim is so astounding it deserves to be taken down in steps, lest the weight of absurdity fall on some uninvolved bystander and cause grievous bodily harm.

While I do agree with McGuinty in theory – that subsidies paid to one industry should be equal to the subsidies paid out to its viable (and more environmentally friendly) alternative – I can see where the Sun is coming from. “McGuinty should be familiar with that principle [sector-specific subsidies], since his province has paid billions in subsidies to the auto industry over the past few decades,” and continues to offer the same subsidies in the green energy sector. In fact, McGuinty’s key opponent in this October’s election, Conservative Tim Hudak, has argued that if elected, he would target and repeal the sweetheart deal Ontario offered to Samsung to build wind turbines here in Ontario.

The Calgary Herald also chimed in on the matter, albeit with more vigour and rancor than the Sun: they provide statistics that position Alberta as the only net contributor to Confederation, and so should rightly be rewarded for this economic output with a pat on the back from their countrymen, rather than a “kick in the teeth” from McGuinty. They see the claims made by Ontario’s premier as little more than showboating and deflection in advance of the October election. Since “McGuinty is fighting for his political life,” they claim, he is “basically calling on the feds to subsidize green energy projects in Ontario that are already being subsidized by ratepayers and taxpayers with very little to show for it,” other than higher Hydro bills.

But here is the problem I see with their logic: it is consistently focused on short-term objectives and outcomes. This may work in politics, but in the environmental field, only consistent, long-term thinking on reducing our dependency on fossil fuels will help reduce greenhouse gas emissions. And this is exactly what the Green Energy Act hopes to address. Needless to say there is a political bent to the act, aiming as it does to create jobs in Ontario and so support the economy while helping the environment. But unlike Canada’s support of asbestos mining, for example (which would earn them a spot in the “F*$k Your Jobs” category), I have no problem with helping the economy through helping the environment.

The Sun is also undone by part of their logic: they claim that “the point of the subsidies, however, is to encourage investments that wouldn’t otherwise be made.” And I think it is fair to say that in western culture, investments would be made in oil and gas regardless of government-subsidized payments. In fact, they already are, and the Herald goes to great lengths to prove how un-subsidized they really are. But in North America, the push to get green energy infrastructure off the ground seems to need quite a helping hand, so strong is our attachment to the convenience and ‘normality’ of burning fossil fuels. In other words, the point of the subsidies that McGuinty is looking for from Ottawa is to “encourage investments that wouldn’t otherwise be made,” exactly the purpose of subsidies as outlined by the Sun.

And in thinking long-term about our green energy future, Ontarians – and Abertans, and British Columbians, for that matter – must begin to think differently about the special niche that we have afforded fossil fuels, and what we can do to change that dependence. And supporting the growth of a local, green energy infrastructure sector is a fantastic start.

So why are we shouting at Dalton McGuinty for our Hydro bills being slightly higher when his overall objective is to create valuable jobs here in Ontario? All the while, this policy is reducing our share of the planet’s destruction. People need to be better educated as to what, exactly, as it stake here. And higher Hydro bills are a small price to pay.

In Peak Everything, Richard Heinberg begins discussing what he terms a “century of decline” that we in the Global North must contemplate: a world in which natural resources will decline to levels that cannot support growth at current levels. “The great transition of the 21st Century will entail enormous adjustments on the part of every individual, family, and community,” he argues, “and if we are to make those adjustments successfully, we will need to plan rationally.”

And it is in this vein that the Green Energy Act is a tremendous first step towards rational planning for a time when fossil fuels will not be so readily available to drive Ontario’s economic growth. And it is a shame that the Herald and the Sun have chosen to take the short-view on this issue, and demean Dalton McGuinty in the process. Because this is not mere politicking: this is so much larger than that.

We kid ourselves if we don’t think this transition will be difficult, or that many people – and many economic sectors – will oppose this vision of the future at all costs. Indeed, their very way of life – or doing business – depends on it. But patience and sacrifice are virtues we all need to have in spades to face this challenge successfully.

“People will need to believe in an eventual reward for what will amount to many years of hard sacrifice,” Heinberg writes. And that reward could be something as simple as our ability to continue living on Earth.

Editor-in-chief at Alternatives Journal. Author of 'Overrun: Dispatches from the Asian carp Crisis'.
View all posts by awreeves »
« Riding to ‘Save Jarvis’
Are the NDP too dependent on Jack Layton? »